What is Crypto Staking? Detailed Guide 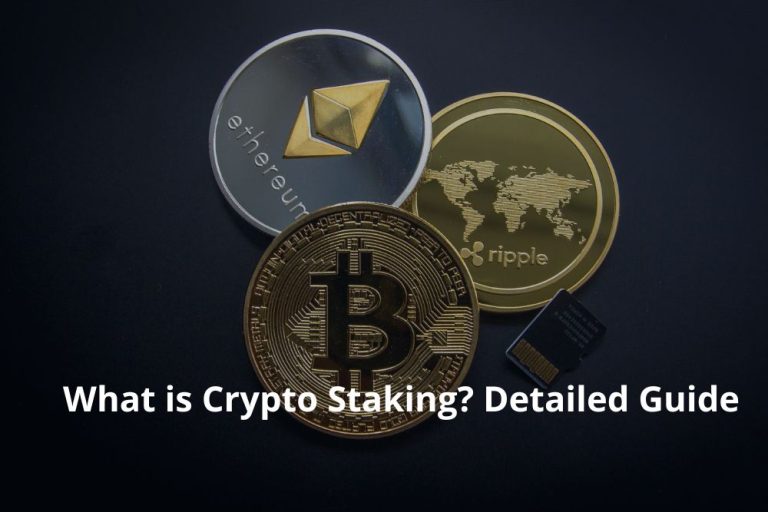 This was made possible by the strength of smart DeFi protocols, which offered enormous rewards for individuals prepared to bet their money and entrust them to risky smart contracts. These rewards included income on investments as well as governance tokens, the value of which skyrocketed. Since then, the DeFi market cap has multiplied, and the sector has continued to develop, even competing with the TradFi field.

As returns began to decline in 2021 and the DeFi market mainly lost ground to NFTs, the new kid on the block, savvy investors began to see new passive income options that, by the end of the year, offered significant protection against the waning crypto markets. Although the NFT industry is still young and emerging new industries like Web 3.0 and the Metaverse are still more hype than anything else, DeFi has a track record of success in assisting investors in maximising their cryptocurrency returns.

What Is Crypto Staking?

When a user engages in staking, they lock or retain their cryptocurrency in a wallet in order to support the upkeep of a proof-of-stake (PoS)-based blockchain system. It is comparable to cryptocurrency mining in that it promotes network consensus while rewarding active users.

In staking, the number of coins that are “locked” in a wallet determines who has the power to validate transactions. Stakers are rewarded for adding a transaction or discovering a new block on a blockchain, similar to mining on a PoW network. In addition to incentives, PoS blockchain networks provide excellent transaction speeds and are scalable.

How Does Proof-of-Stake Work?

In a blockchain network, the proof-of-stake (PoS) consensus process makes use of validators to check transactions and uphold consensus. Users are encouraged by the network to operate validator nodes and stake their currencies, which contributes to the network’s security in exchange for interest on their stake.

Depending on the protocol, PoS systems operate differently, but in general, the algorithm selects blocks at random and sends them to a validator node for inspection.

The validator then examines the transactions’ authenticity. If everything is correct, the block is added to the ledger and the validator gets paid the transaction fees and block rewards. But if a validator adds a block with incorrect information, its staked holdings will suffer.

PoS is renowned for having more energy efficiency than PoW, reduced entry barriers, and better scalability. In fact, shard chains, one of the most promising scaling solutions to date, are supported more strongly under the Ethereum PoS architecture.

The underlying blockchain consensus process used to validate transactions is the primary distinction between mining and staking. Most notably in BTC, mining is utilised for Proof-of-Work (PoW). Staking, on the other hand, is mostly utilised for Proof-of-Stake (PoS), as seen in Ethereum 2.0, which saw Ethereum switch from a PoW to a PoS consensus method.

Some of the distinctions between mining and staking include the following:

What Can I Stake?

Staking chances abound in 2022 on cryptocurrency exchanges like Binance, Coinbase, and FTX as well as directly on the native wallets or specialized hardware wallets of particular blockchains. Here are some of the top ones. There are other other options to take into account, including Funex, Avalanche, and Solana.

Cold staking is another name for this type of staking. To avoid losing staking incentives due to shifting stacked coins during the lock-up period, a staker must retain their stacked coins in the same address.

How to Choose a Crypto Staking Platform

Choose your crypto staking site carefully before rushing to stake your coins. The benefits are just as significant. You could completely lose your awards and stacked coins if you make the wrong decision. Following are some suggestions for selecting a staking platform:

The Future of Crypto Staking

Prepare, set, and stake. It is obvious from the discussion above that staking is better for the environment. And maybe better for the economy than mining using the PoW algorithm. As a result, it is justifiably gaining momentum and a bigger proportion of the crypto market.

When Ethereum eventually made the change and formally welcomed staking in December 2020, the shift toward staking gained additional strength.

Last but not least, caution should be exercised when engaging in DeFi staking, despite its FOMO-inducing growth. Particularly when using freshly developed protocols that promise suspiciously high returns for yield farmers or liquidity providers.

Keep in mind that investing in cryptocurrencies has a considerable risk, so careful planning and study are a must. Enjoy your stake!

How To Secure Your Company Devices With Endpoint Security

Why Is Scaffolding Crucial?

Are you aware of the scaffolding types that are available? Do you know when to hire a…

Do you want to build your career in computer science? But, confused about which branch…

How To Find a Digital Marketing Company in Bangalore?

Once you’ve chosen a consultant, the next step is to find out how long they’ve…

Mother Nature has lavished all of her affection on Jammu & Kashmir, dubbed “Heaven on…

The Best Place to Retire in Cebu

Life is too short to spend it working a job you don’t love. That’s why…